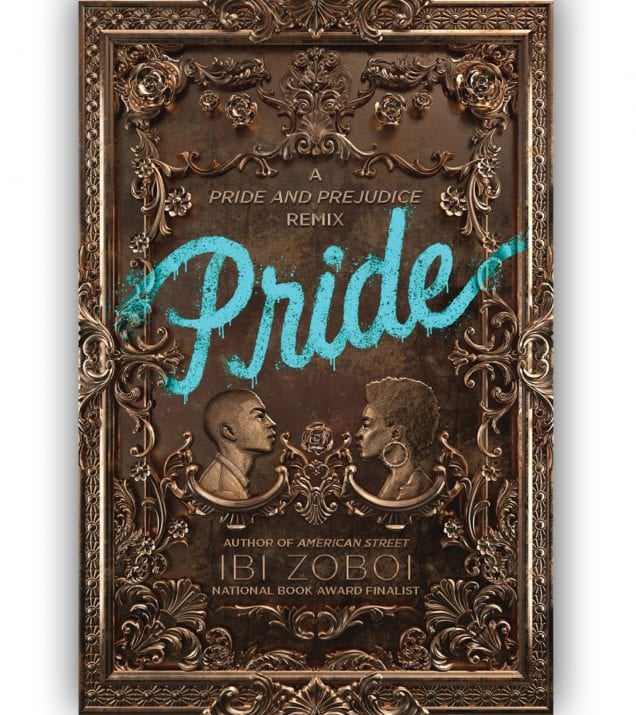 Here is the beginning of Pride and Prejudice by Jane Austen:

It is a truth universally acknowledged, that a single man in possession of a good fortune, must be in want of a wife. However little known the feelings or views of such a man may be on his first entering a neighbourhood, this truth is so well fixed in the minds of the surrounding families, that he is considered the rightful property of some one or other of their daughters. “My dear Mr. Bennet,” said his lady to him one day, “have you heard that Netherfield Park is let at last?” Mr. Bennet replied that he had not. “But it is,” returned she; “for Mrs. Long has just been here, and she told me all about it.” Mr. Bennet made no answer.

And here is the introduction in Pride by Ibi Zoboi:

IT’S A TRUTH universally acknowledged that when rich people move into the hood, where it’s a little bit broken and a little bit forgotten, the first thing they want to do is clean it up. But it’s not just the junky stuff they’ll get rid of. People can be thrown away too, like last night’s trash left out on sidewalks or pushed to the edge of wherever all broken things go. What those rich people don’t always know is that broken and forgotten neighborhoods were first built out of love.

So far I highly recommend it! If you like romantic comedies, discussions about class/money, love, and awkward situations, this is the novel for you!