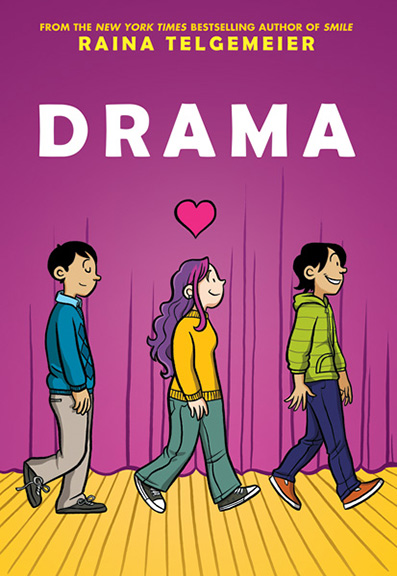 Drama, by Raina Telgemeier is a graphic novel that was released in 2012. The main characters, are all very diverse. They come from different places
and personalities. Drama features LGBT+ characters and has a wide variety of diversity. Callie is a middle-school aged adolescent, that loves theater.

Callie isn’t the greatest singer, but she would love to be on stage during her middle school’s production of Moon over Mississippi; so she becomes the set designer for the stage crew. Luckily, she becomes fast friends with two cute brothers.